The aim of LAES is to set off and spread the knowledge of Naples underground that represents an extraordinary historical and cultural heritage. Naples, the only one in the world, was built with building material from its bowels. A two linked levels city.

The association was founded in 1988 by its president. It all begun in the june of 1979 when in a cavity under a palace to the Gradoni di Chiaia tons of sawdust and refusals caught fire. The firemen evacuated all the surrounding buildings. For several days they tried to access the burning cavity, untill the future president of the LAES signaled an old staircase that he remembered he saw when he was a child and that was walled up. Therefore they found the way to get in, extinguished the fire and discovered a forgotten air-raid shelter. This shelter was able to accommodate 4000 persons and has been deserted in the post-war period but now thanks to the LAES it has been restore.

The only aim of the LAES is to divulgate the knowledge of the origins of the city, the old Carmignano aqueduct and the proofs of life in Naples underground. With this spirit and with the encouragement of public and private institution, we work to increase the accessible areas and theirs security and to create an underground museum. 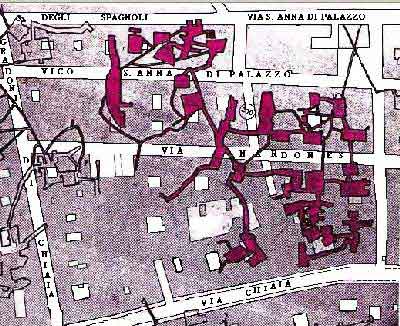 Map of underground cavities between via Chiaia and Gradoni di Chiaia 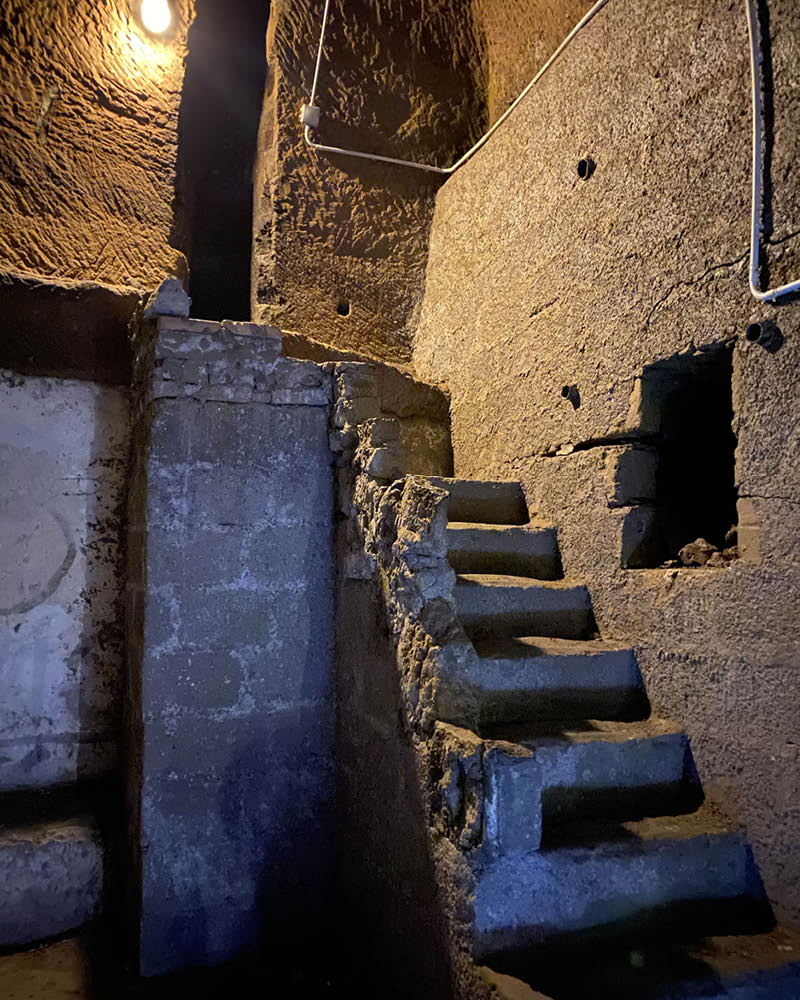 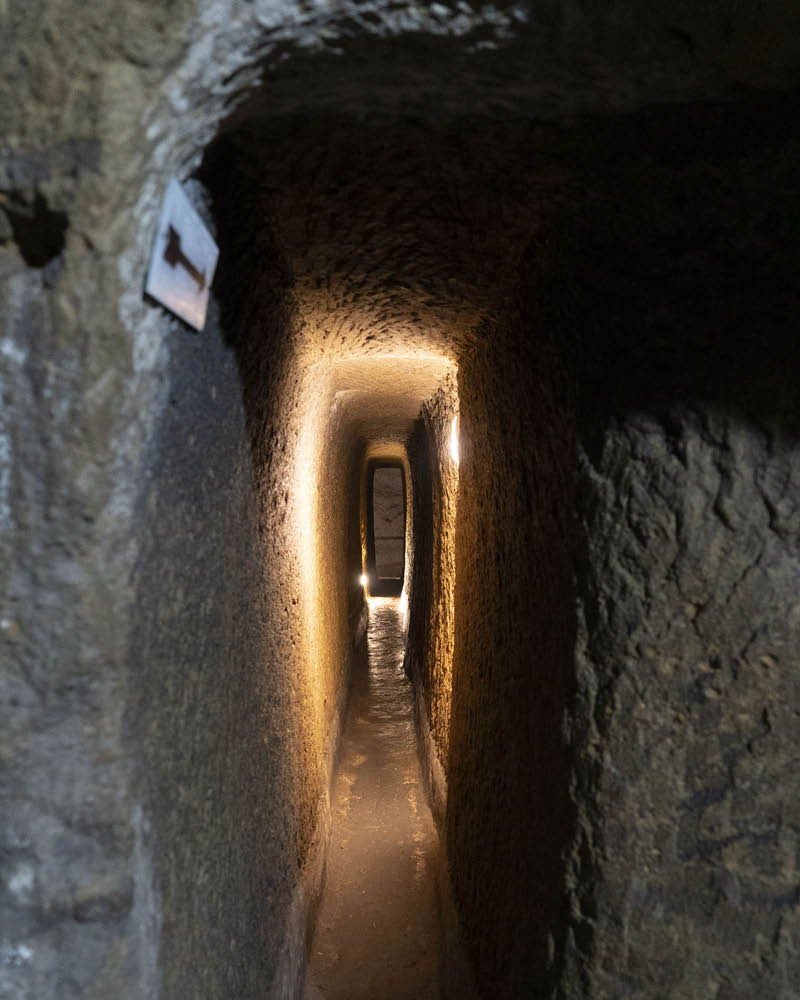 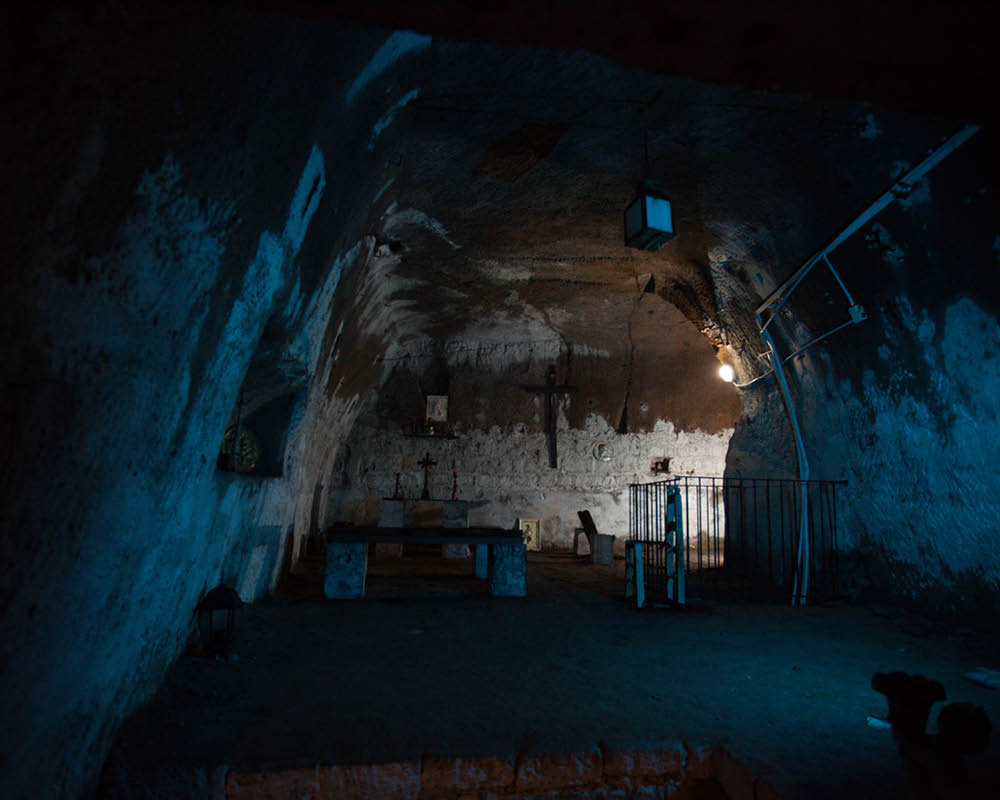 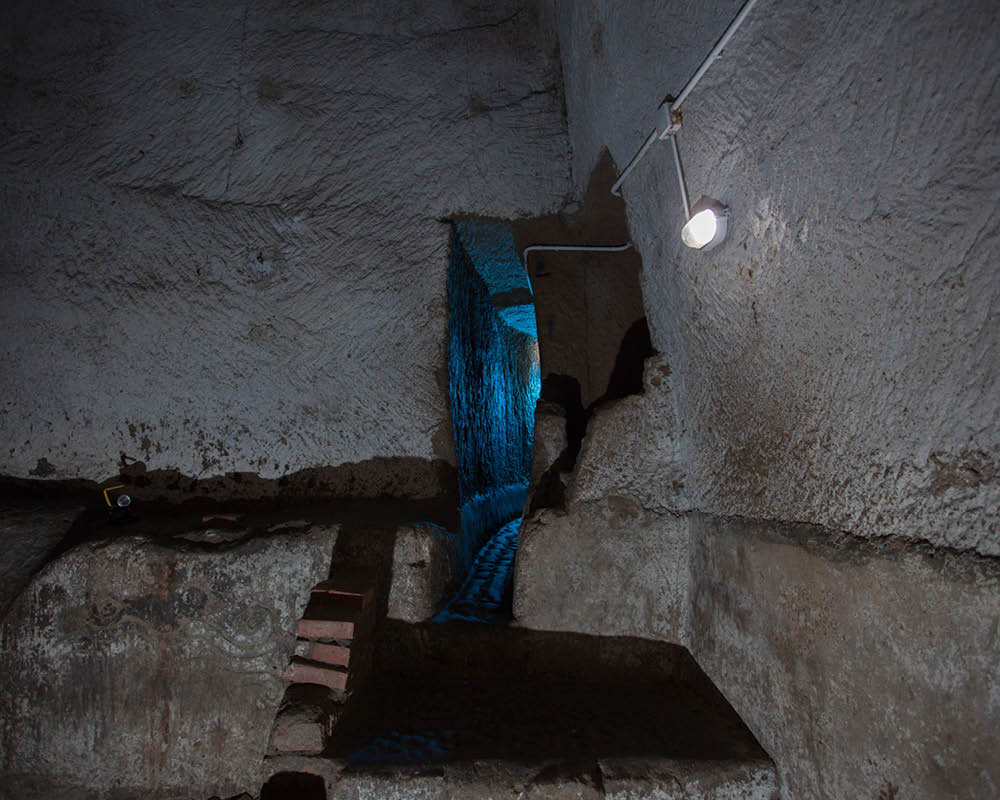